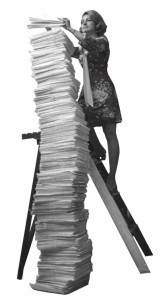 November is the cruelest month. Finally, the grades are turned in, National Novel Writing Month is over, the fabulous National Writing Project conference in San Antonio is history, and while I still feel a tad shell-shocked, I am back.
I’m entirely too old for this kind of pace. Really. Since November 1st I’ve been rising at 4:00 just to get my 1,700 or so words written for the NaNoWriMo madness – a joltingly delicious writing experience for me. Those early morning hours became extra grading time in December so I could wrap up those final essays pouring in just before exams, and then the exams themselves. At the end of this rainbow is a 50,000 word novel, five classes taught, graded, and put to bed, all punctuated by an impromptu ice storm.
Nothing quite like Arkansas weather. Shirtsleeves one day, two inches of ice the next. Although I’m a little confused by this morning’s warning:
Issued by The National Weather Service Little Rock, AR 3:51 am CST, Wed., Dec. 17, 2008
… FREEZING FOG ADVISORY REMAINS IN EFFECT UNTIL 9 AM CST THIS MORNING…
A FREEZING FOG ADVISORY REMAINS IN EFFECT UNTIL 9 AM CST THIS MORNING.
THE FOG WILL CREATE A THIN LAYER OF ICE ON AREA ROADWAYS… PARTICULARLY ON BRIDGES AND OVERPASSES. AREA ROADS AFFECTED BY WINTRY PRECIPITATION ON MONDAY NIGHT AND TUESDAY MORNING WILL REMAIN FROZEN INTO MID MORNING.
A FREEZING FOG ADVISORY MEANS FOG WILL DEVELOP WITH SUB FREEZING TEMPERATURES EXPECTED. VISIBILITIES WILL BE SIGNIFICANTLY REDUCED. IF DRIVING… SLOW DOWN… USE YOUR HEADLIGHTS… AND LEAVE PLENTY OF DISTANCE AHEAD OF YOU. ALSO… BE ALERT FOR FROST ON BRIDGE DECKS CAUSING SLIPPERY ROADS.
Have you ever heard of such a thing? I swear they make these things up just for us.
Despite the weather – or because of it – I’ll have an opportunity to catch up on all things unfinished. Books to mail, decorations to flung about, shopping for presents if there’s anything left, rewrites for the book – I might even go a little crazy and dust something. I don’t know. I’d hate to kick up all that dust in the middle of a freezing fog advisory. There’s no telling what kind of mayhem could result.
Christmas Break. Ahhhhhh.