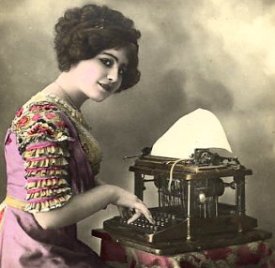 I scanned a few poems in a 2006 edition of the Virginia Quarterly Review and I know now that I’ll not ever really be that kind of poet. I can’t right now. I’ve lost my fearlessness. There are subjects I won’t touch, and I suspect it’s the mother/daughter/sister in me that keeps me from the hard edge of things. Maybe.

Alan Shapiro’s piece in the VQR about his suicidal son is an excellent example. He writes honestly and the whole piece is in fact a father’s panic. But there it is in the VQR, after all, an essay typed up, refined, rewritten, sent in an envelope with a cover letter for possible publication, and the part of his brain that wrote and rewrote and mailed it actually had no trouble with the father part of his brain that witnessed his son’s anguishing moments. He has no trouble converging personal tragedy and marketable commodity. Maybe he thought of it as a gateway for others to understand their own parallel experiences. Maybe. If that were so, the piece would have been sent somewhere besides the Virginia Quarterly Review. I actually see this as an ethical problem. I’ll have to think more on that.

Where does that come from? When my mother made me throw out the journals she’d found buried in my secret jeans drawer, was it a heavier weight than I realized at fourteen? Maybe it’s taken me thirty years to hear the real message in that afternoon – words can hurt, so be careful what you write. It’s the lesson learned in Harriet the Spy, really. I should read that again.

Over the years that afternoon has protected my writing with an easy-to-swallow coating and made me constantly aware of a disapproving audience lurking out there, ready to pounce.

It never occurred to me that I must be published to be a poet until I began teaching at a university, which is ironic since one of the darlings of the writing department is the National Writing Project. The NWP is a haven of scribbling that insists you are a writer if you write. Period. They’ve made almost a religion by throwing tent revival summer institutes where tired public schools teachers raise their lives to the ecstasy of finally having something to say and the opportunity to say it on paper. I know because I’ve spoken in tongues with them for seven years. The Writing department loves it for the grant money and the exposure and the fine ideals, but the unarticulated truth is they understand those thrilled public school converts are only teachers, not really writers. If they were really writers they’d have PHDs, teach at fine universities, and be published. Oh my.

The university is, after all, a machine we feed with published words – our proof. Despite any high talk we are all invisible wanna-bes if not publishing, even though the words constantly stream on the page and I am everyday a writer.

To sustain that little publishing voice, the one that insists every piece I write can or must be publishable, is to suspend a highly critical audience in my head, and the audience has my mother’s horrified face telling me to throw out the words, and the raised eyebrow astonishment of some colleagues who, wearing their PHDs from everywhere and nowhere are openly surprised an emergency hire, ex-high school teacher actually writes anything at all.

So the writing becomes smaller, and I’m suddenly aware I have the wrong audience in my head. That ghost audience has to go away so my writing can take chances and believe itself again.

The bottom line is that all our lives we are collecting audience, and some of them simply shouldn’t be there. I can sit here at the page wondering if it would be different if I were a man, or childless, or an orphan, or could wear a PHD like some once meaningful football jersey number, proof I’d been an intellectual quarterback on some winning Big Ten team. The censuring and disbelieving voices are really rattling away in my head. It’s much worse than that – they’re listening. I’ve gathered an unfriendly audience of silent readers and allowed them to sprawl on all the furniture in my head. They put their feet on the coffee table and leave empty bottles everywhere. It all muddies up my writing and I suspect it’s time to clean house.

The best and bravest writing I’ve done in my life birthed through a mountain of emails to and from a small group of writing women I never met. They were all of them stunning writers. Stunning. I didn’t have to shop at the grocery store with them or wonder if they knew anyone I knew. Those gals were intimately anonymous, and we all wrote fearless, intensely guttural pieces. It was the perfect girls’ night out of writing. Looking back, I realize now we were taking enormous personal and literary chances every single day, and the writing was very nearly perfect. All of it, because we were the best possible audience. It lasted about four years and then one by one we fell off into our busy lives. I miss us, but more importantly I miss the freedom we gave each other as writers and readers. Their disembodied collection took up all the chairs in the jury box and there was no room for the doubters or the disapproving in my head.

Ultimately it’s about who I let in as audience. If I make invitation to the negative, that kind of jury will simply walk right in, set themselves up in uncomfortable highback chairs, and squirm like unhappy toads while I feverishly try to please the unpleasable lot of them. Even now as I write this I’m aware I’m trying to be a Very Good Girl, so I have work to do.

I’ll just keep on writing as if I were actually a writer.

5 thoughts on “Audience is Everything”