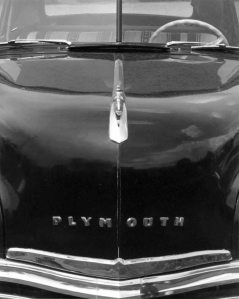 I did not bring a casserole. Unable to concoct to exacting specification the ooze and string of cheese gluing warm egg noodles to bits of ham, bell pepper, I chose instead to come to her empty handed. Two days earlier, catching shallow life through a mask she told me about casseroles. Don’t ever make a good one, she steamed into the plastic, it will be the only thing they remember of you.
I took her walk. I stepped her route, wanting my feet to roll and plant precisely as hers did each afternoon. I memorized each uprooted sidewalk slab, noting the angle, the lift of the foot required to navigate, where to slow, to speed, noting fragment odors she used to find her way. She began and ended here where the ginkgo drops its slippery yellows and, later, the rocky seeds that smell like five-day garbage when crushed. Half blind, she ached for strong odors.
Who was it pinched the stray hairs tight into final finger waves? Would she have cared? So many times I saw her bent hard at the middle toward some too-thick patch of irises, pausing only to remove a paperclip from an apron pocket, stuffing clip and dirt and sweat into that hair. The object was not hair, but irises. She only wanted a clearer field of vision.
Dolly liked order, but only as neatly as she could control it in the yard and kitchen. She had an eye for symmetry, pruning her life and privet hedges closely. Personally, she was discreetly unkempt, as old women with faulty eyes become when they can no longer fasten their own pearls on Sunday morning. She did her best work outside, guarding always between those flattened breasts a rag, reached for delicately, used to wipe neck sweat– or child sweat, if a loose neighbor child wandered into the yard. The small and curious and were soon put to work, paid each time with one unsquandered nickel. Those empty breasts never suckled anything except one husband, Baptist, 36 years dead. He was a man who knew how to wear a hat, she said, but still a man.
The afternoon he was put to ground they said she gave away all his suits to the young music teacher who lived alone and sang unchristian arias like a woman. Afterwards Dolly ambled – then more briskly, steadily – the two miles to the Plymouth dealership. Still dressed in unchanged mourning, graveside dust settled into the woolen bend of her arm, she told the owner, Teach me how to drive. Two hours later she placed a roll of old bills in the man’s upturned hands and eased the black-finned Plymouth home, headlights off in the dark. The following morning she became a Methodist and never went to church again.

Dolly left an expanse of small things old women leave behind. Chipped china of irreplaceable pattern, forgotten blankets, a hundred clear Kerr jars lined up like armageddon on failing pantry shelves, a pale blue initialed vanity case, locked forever and certainly never used which bounced against my leg as I opened the gate from her backyard to mine.

Back home, I found a straw hat to guard against freckles. I slipped out behind the mourners to weed her dill and took note of the crabapples beginning to fall like rose-star bombs ready for the steam and smash of the jelly pot, stretched a newspaper rubber band from my wrist and knotted my hair behind me careless as Saturday morning. When I fell to my knees, it was for work.
(I’ve been pulling out old first-draft pieces to mess with, and this is one rough one. It’s all over the place. I’ll pull it to the forefront for a bit and see if I can’t make it do what I want it to do.)
Widgets