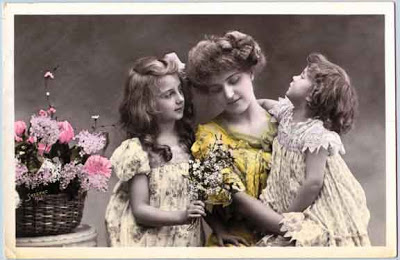 You certainly gave a rousing speech last night. At least I think you did. There was an awful lot of cheering and such, but I’ll admit I was distracted by the camera flashing back and forth from you to your lovely family down in the good seats. As a mother and a grandmother and a voter and a woman, there are a couple of things that concerned me, Sarah.

1. What in the world were you thinking bringing your four month-old child to a loud and late political convention?
2. How is it possible that angelic child slept through the entirely of it? I know babies, Sarah, and most of them aren’t as dandy as yours was when being handed off, person to person, past bedtime and in a room full of screaming people. You must have prayed really, really hard for that kind of peace in the valley. It’s a maternal miracle.
3. Your Iraq-bound son is so handsome and you must be terribly proud of him. He seemed a little surprised by the September 11 date of deployment, though. Bless his heart. I’m sure you two talked about it afterward.
4. Watching your daughter and her beau hold hands was sweet. That poor boy looked like he’d been hit by a truck, and she…well, she just makes my heart hurt. I noticed that while everyone passed the sleeping angel down the row, the infant never quite made it into their arms. Oh, Sarah. I know that was a decision made by some Very Important Strategist, but it was a little unnatural. You’ll have to agree the young couple (when is the wedding, by the way?) do need the practice.
5. Your husband is a cutie. Watch out for those Washington gals, though. Some of them don’t look like Janet Reno.
And my final question/observation…
6. While I understand it’s not terribly Vice Presidential to be holding babies all the time (who is that Very Important Strategist, anyway?) I’m a little befuddled by a woman who’s never seen holding her own newborn. Ever.
Oh, Sarah. Don’t parade your family around if you don’t want us watching. I realize I’m looking at you through bifocals instead of my old pair of Gloria Steinem aviators now, but that’s what happened to a lot of old feminists – they became mothers and grandmothers and realigned a few things. Go on out there and run a country if you must, and more power to you for the effort and all that, just be sure to vacuum up all that cracked glass ceiling before you let the baby crawl on the floor.
Widgets