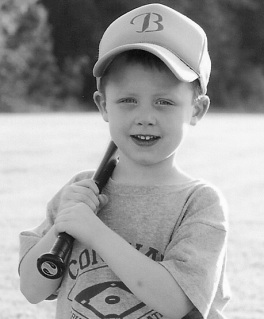 School supplies are bought, labeled, and stowed neatly in a backpack by the door. The Lightning McQueen lunchbox is packed and chilling in the fridge. New shorts and a shirt are folded in a pile with clean socks and a handkerchief on the ready.

He’s a little nervous, but more excited. His classroom looks like jungle with monkeys on the walls, counting bugs in jars, books everywhere. The alpha and omega of his day will rest in Mrs. Lovelady’s hands. He calls her “Miss Lovely” and I think that is a very, very good sign.

I have no doubt The Perfect Grandson will have a sterling day. He’ll come home, eat everything that’s not nailed down, and talk nonstop until he goes to bed. He’s a born-curious extrovert who makes friends on the fly and who craves the how and why of everything. School will be his other food.

Em, on the other hand, is a wreck. I suspect this milestone sneaked up on her like the dirty thief time can be and now here it is, tomorrow. In truth, she’s been weeping off and on for a week. Not because she’s worried or scared that her son will be worried or scared, but because his going to Big School marks the end of something. The beginning too, and that’s a long hall to look down for any mama. When I think about Em’s first day of kindergarten, I’m fairly sure it was yesterday that she went. Maybe the day before, but no longer ago than that.

It’s been 21 years since I walked my baby to her first real classroom. So I understand when Em says tomorrow is the beginning and the end. She’s right. It is.

As a teacher and his Mimi, though, I can’t help but be excited for him. Fresh crayons and sharp pencils and the whole big world to learn. I won’t spend a second worrying about him tomorrow – that’s his mama’s specialty. Besides, The Perfect Grandson doesn’t need hand-wringing. He’ll be having entirely too much fun. 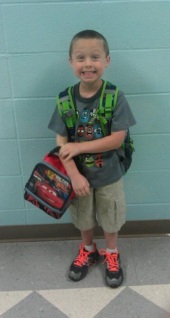 UPDATE:  The day was a smashing success and the young scholar ate all his lunch. How could a boy with shoes as cool as those have a bad day?

6 thoughts on “The Perfect Grandson goes to Kindergarten”