All this time I thought I was at the tail-end of the Boomers. Not so. It seems now I’m officially a member of Generation Jones, a new subgroup born between 1954 and 1965, squeezing in between the Boomers and the Gen Xers .
If you were born in the late fifties or early sixties, you’re a Joneser too. We’re half-idealist Boomers, half-Xer cynic mutts. In other words, we expect Camelot and are genuinely surprised when the castle turns out to be a house of cards we saw put together by sleight-of-hand. We’re always in a state of constant letdown, it seems, and always Jonesin‘ for the ideal.
In the same year, we watched Vietnam war protests and man landing on the moon. We saw Dick Nixon and his five o’clock shadow step down, then ate Twinkies during The Brady Bunch. We entered segregated elementary schools and graduated from integrated high schools. We swore not to stay in loveless marriages like our parents did, then sashayed right down the aisle and eventually got divorced. And remarried. And divorced.
I have a great many women-friends who’ve gone about relationships this way, so it’s not just a matter of our National Identity as Gen Jonesers. It’s personal. And there are a lot of us. 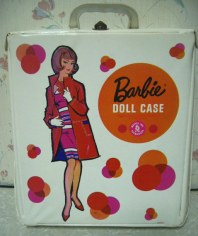 Nothing says “hope” like a forty-something woman having her first child.

We don’t trust anything to go as planned, either personally or in Washington, but we keep voting and getting married and having kids anyway. It is important to note, however, that Washington is still chock-full of Boomers. Politically, we Gen Jonesers haven’t made it to the dance yet. Maybe it’s because we’re too busy running kids to soccer games and being overinvolved in their schooling. Then again, we do know how to drive our SUVs to the polls.
I’ve got some more reading to do on my new identity as a Gen Joneser and on our Generation Y progeny.

One thought on “Generation Jones”